There is no getting around it. Technology is making its way into the legal profession.

On the one hand, clients expect lawyers to work more efficiently. And on the other hand, young talent is looking to work at modern workplaces. Legal tech can be an answer to both challenges. Yet, the deontological rules can not be thrown overboard overnight and professional secrecy should be safeguarded. Are legal tech and deontology compatible?

We invited ten legal professionals to discuss that question. Debate and lunch attendees* were:

Jeroen Zweers, who moderated the panel, didn’t shy away from the difficult questions - as only the Dutch do -, and asked away: is there enough sense of urgency in Belgium in regards to legal innovation? The group immediately seems to be divided into two camps. On the one hand, some believe that the profession is at a crossroads and that lawyers will have to adapt or stay behind. On the other hand, there’s a group that doesn’t believe there’s enough sense of urgency yet. Jeroen De Man brings up the example of Biddit, an initiative of the Federation of Notaries. The legal sector seems to be nowhere near. And even some clients lack the sense of urgency, by refusing to use simple tech solutions like DocuSign.

Nicolaas Vinckier agrees: “Take the average lawyer. It might be a stereotype, but she's not the most innovative person. I would say she's rather conservative. And I dare say that is the issue, not deontology which is often used as an excuse not to adapt. We’ve had plenty of examples in the past where the deontology was updated to match reality.” Kristiaan Markey also believes the rules of deontology do not obstruct innovation and legal tech. “Much is possible as long as the fundamental values of our profession are respected: the independence of the lawyer, the professional secrecy, avoiding conflict of interests and the quality of the legal service.” And let’s face it: in some way most lawyers are already using legal tech so why not make sure there’s a solid framework?

“Deontology is often used as an excuse not to adapt.”
- Nicolaas Vinckier 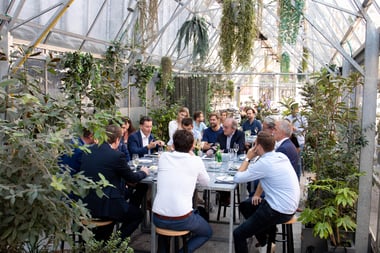 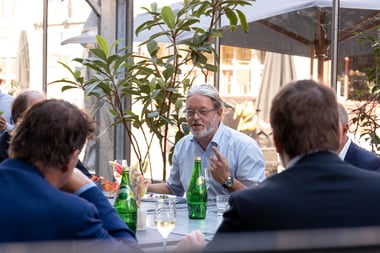 According to the panel, the problem is that lawyers are a very large and diverse group, that, on top of it, are all each other’s competitors in one way or another. Sharing knowledge and insights to create such a framework is very hard. Few lawyers are willing to show others how they run things. Knowledge is power, and they prefer keeping it to themselves.

Look at The Netherlands: a few years ago De Rechtspraak launched a platform to share information on court cases and judgements. Yet, in reality, only a small percentage of jurisdiction is published there. “To bring real change, some lawyers will have to stick out their necks”, Erik Valgaeren reasons.

“To bring real change, some lawyers will have to
stick out their necks”
- Erik Valgaeren

And young graduates are demanding such a shift in mindset: they have high expectations for their employers. They expect law firms to be modern and make use of technology. Karel Vincent feels very strongly about this: “So if firms don’t change the way they run things, they will find themselves having a hard time finding great employees and ultimately lose in the war for talent. And on top of that, embracing technology will become a necessity for a solid work-life balance. Those who don’t, will not only be unable to attract new people but will also end up losing their employees.”

And although all panelists seem to agree, there are some concerns: “I’m afraid an important part of their education is getting lost if technology is not being understood or properly used”, Koen Hoornaert explains. “For example, translating shareholder agreements into by-laws as a young lawyer is probably not the reason why one wants to become a lawyer, yet, it teaches so much which you obviously only realize much later. Are junior lawyers, who are using tools to automate all sorts of work, still capable of really understanding what they’re working on? I am a big fan of legal tech if being applied in a smart manner.” 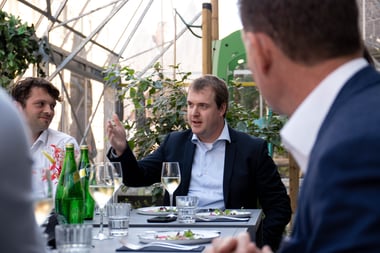 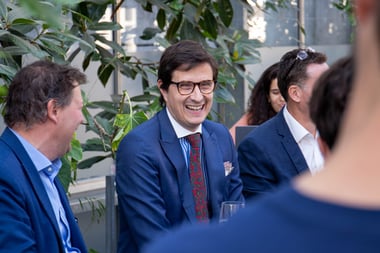 On the other hand, most customers expect lawyers to work faster, more efficiently and cheaper too while adding real value. And although some lawyers might fear losing margins on the easy jobs, customers are not prepared to pay for that kind of work anymore. So if they don’t adapt, someone else will take over. Older generations of lawyers will have to jump on the bandwagon too. The time law firms implemented technology merely as a marketing tool to attract clients, while not really using it, is over.  "Technology will not replace lawyers, but lawyers who use technology will replace those who don't.", as Jeroen Zweers puts it.

“Henchman and other legal tech start-ups
can bring economies of scale.”
- Erik Valgaeren

So, as is often the case, innovation comes from pain. Which results in technological solutions being built. Yet, all panelists agree: technology will never be the lawyer’s core business. The legal profession is changing, just like many others. And while lawyers will have to embrace technology, that doesn’t mean they have to become legal tech players themselves. “I don’t believe we should start developing everything ourselves. Henchman and other legal tech start-ups can bring economies of scale by gathering insights from different law firms”, Erik Valgaeren explains. Young law students don’t have to be taught how to code, but they have to learn how legal tech can help them improve their services.

So then what is the lawyer’s role when it comes to legal tech? The panel is unanimous: providing good information for the right tools to be built, that solve the lawyer’s actual problems. Cross-pollination is key. Too many legal tech start-ups never make it because they don’t really understand the challenges in the legal industry. 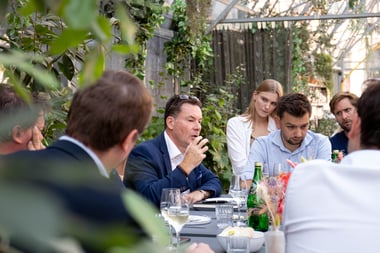 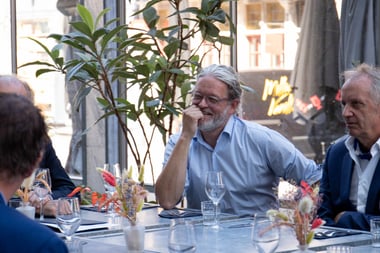 There are many things to take into account when it comes to professional secrecy, for example. So many that it’s hard for lawyers that are willing to invest in legal tech to see the forest for the trees. Which tools are safe to use? “It would be very helpful if the Bar would form an opinion on what's available. As a lawyer, you don't have the time to Google every solution and explore whether it’s safe to use. A list of approved tools would be a huge step forward”, according to Yannick Verrycke.

"If we wait for the software to be established before using it, then other people will determine how it works for us"
- Florian De Rouck

But how to avoid such a list of getting outdated? Look at the CCBE guidelines on the use of cloud computing services by lawyers. They were released in 2012 and have not been updated since. And according to those guidelines, lawyers are in a negotiation position against cloud providers. But that is, of course, not the case. If we may believe Karel Vincent, “Microsoft Cloud is unavoidable”.  Florian De Rouck believes cloud software is a good example for all technology that will be developed in the future. If we don’t go along with it as a profession and wait for it to be established, then other people are going to determine how it works and what the architecture looks like. We will be faced with a fait accompli”, Florian De Rouck states. 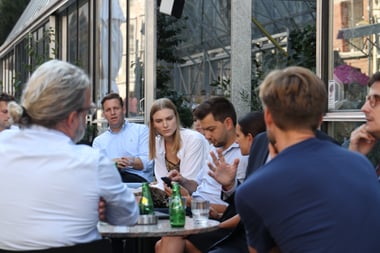 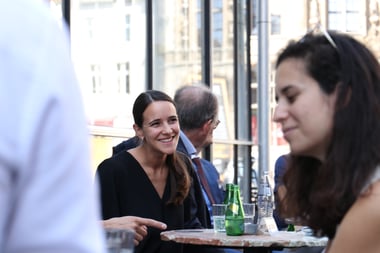 So should lawyers jump right into the driver’s seat? The panelists agree that they have an active role to play, yet it’s not only up to them. It’s a shared responsibility with the Bar and universities too, and not in the least, legal tech players.

And at Henchman we take our role seriously. Next to our recent expert report, buyer checklist and workshops we commit ourselves to create a platform for and by legal (tech) professionals and experts. This panel discussion is yet another example of how we hope to address difficult topics and elephants in the room. But we also like the more lighthearted events where we can get to know each other over a drink and a bite. That is why we are organising our first (DR)AFTERWORK on November 18. See you there?


* All shared statements and opinions are personal and do not represent the law firms’ views. 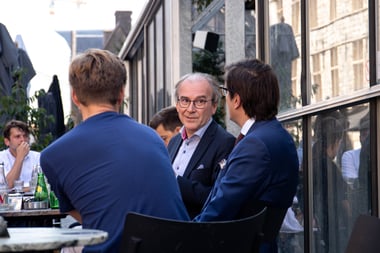 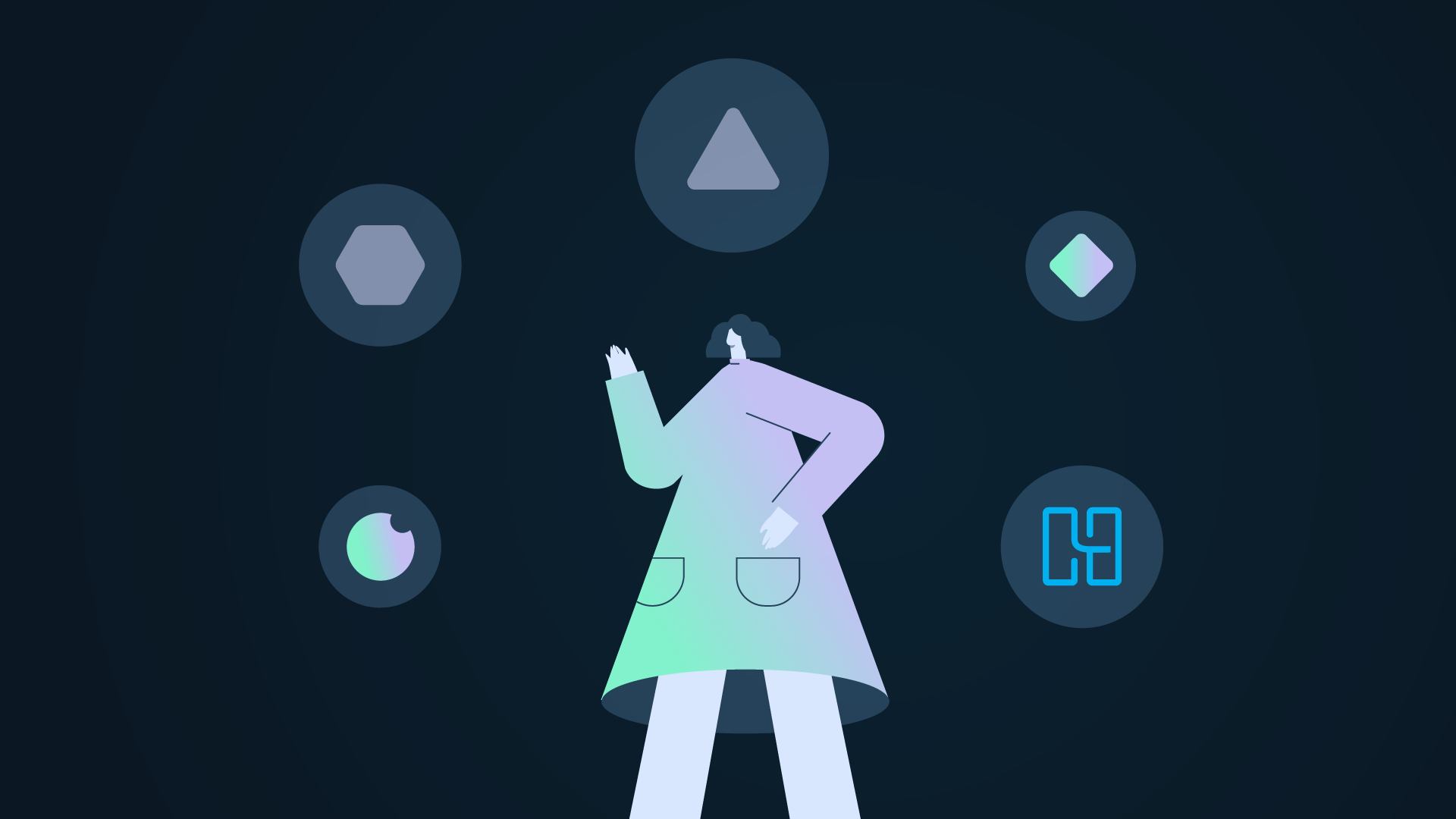 There are many legal tech tools and platforms out there, of which the implementation can feel daunting or even paralysing. There is, however, an important difference... 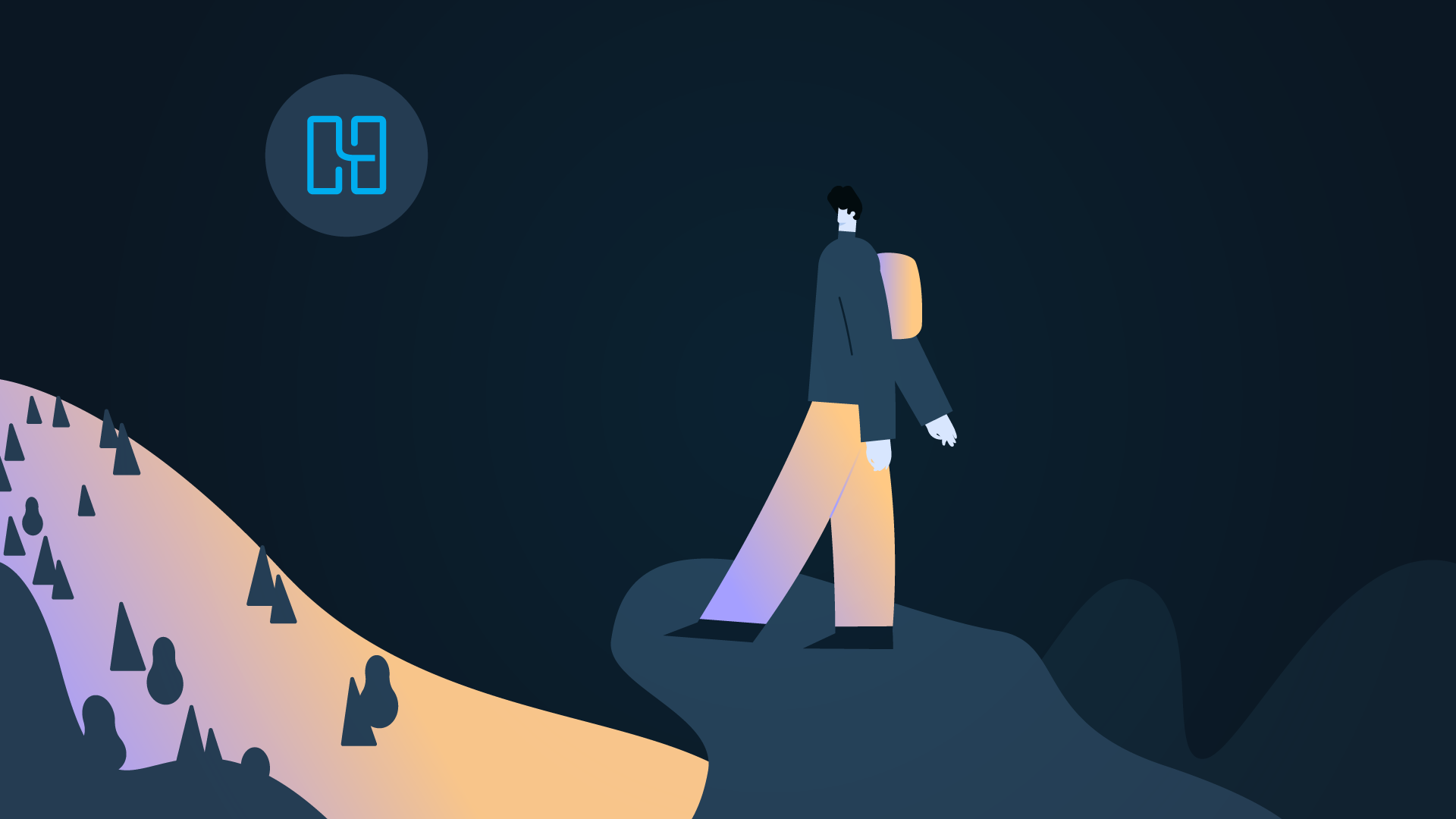 How to future-proof your legal team

Legal teams all around the world acknowledge the need to improve their processes, structures, workload and know-how management, while expecting such changes to be...